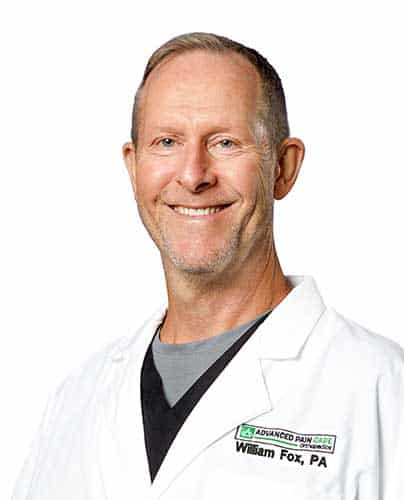 William Fox grew up in East Texas, on Toledo Bend Reservoir, where his father was a fishing guide at their marina. He spent time working around the place, fishing and hunting. William graduated from Hemphill High School in 1983.

He joined the Army in 1984 and retired from it in 2008, after over 24 years of combined Active, Guard and Reserve service. He graduated from UTMB-Galveston in 1997 and moved to the Austin area where he has been working in orthopedics since.

He is married with one child and enjoys boating, fishing, hunting, camping, golf, working on projects around the house and travel.

Join Dr. Malone every 2nd Wednesday of each month at our location in Round Rock, TX to learn more about this treatment option for chronic pain.