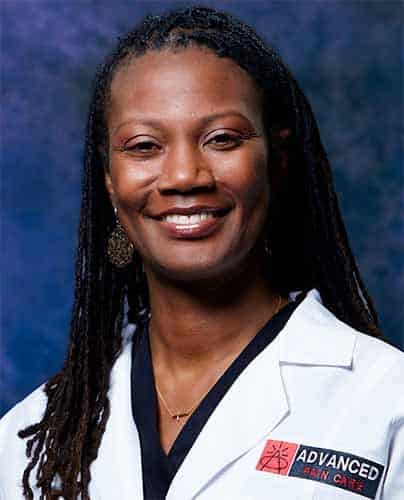 Sherrita was raised in California, and graduated from the University of Southern California in 1996 with a Bachelor of Science in Nursing. She was a member of the Air Force ROTC program, and served 4 years as a military officer at Lackland Air Force Base in San Antonio, TX. In 2003, she earned a Master’s of Public Administration from Baruch College of the City University of New York while spending a year in the Washington, DC and New York areas. She worked in case management for several years before returning to her passion of direct patient care.

Sherrita relocated to Austin in 2003 when her husband enrolled in the University Of Texas School of Law. She earned a Master of Science degree in Nursing/Family Nurse Practitioner from Texas State University in 2016 while working as an emergency department nurse and caring for her 3 children. Sherrita received the 2nd place award for her graduate research study on The Use of Electronic Cigarettes as a Smoking Cessation Tool at Texas State University’s Health Professionals Symposium.

When outside of the office, she enjoys running, reading, yoga and spending time with family and friends. Sherrita maintains a commitment of hope, love and compassion as she cares for her patients. Her goal is to collaborate with them in developing a plan of care that ensures they receive the highest quality of care possible.